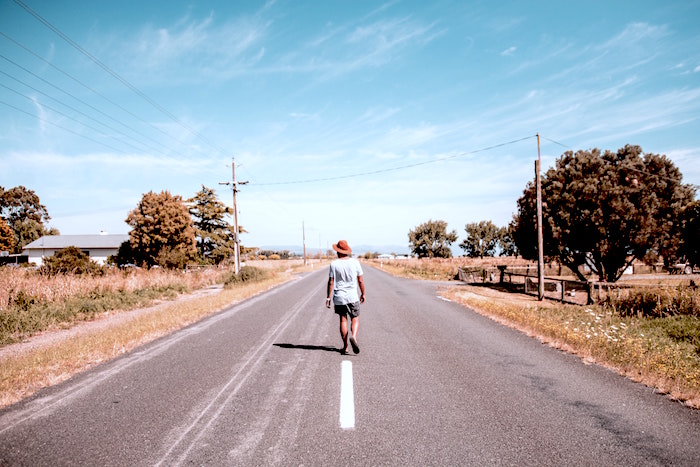 Many years ago, when I was a new college graduate, an employment agency “counselor” presented a job that was clearly an underpaid dead-end. “Perfect for you!” she smiled happily.

I was clueless about careers in those days. Career counselors gave preference tests, people went to agencies instead of networking events, and coaches hovered on the sidelines of the basketball court. But even I could see how bad that job was.

The agency woman shrugged. “Well, you have to start somewhere,” she said.

In other words, she was advising me, “operate with a scarcity mindset.”

Many years passed. I forgot that brief encounter with an employment agency. I’d gotten graduate degrees, left the corporate world, and became a college professor: one of those people who decided to teach rather than do. And then I left academia to start an online business.

But one day I ran into someone I’ll call Eileen. We’d met in a networking event and hadn’t seen her for months. Now, she told me, she had a new goal.  She had just heard a powerful motivational speaker.

“So,” Eileen continued,  I’m going to get more involved in Toastmasters. Maybe I’ll enter some contests.”

I must have shown my surprise.

“Well, you have to start somewhere,” Eileen shrugged.

I have a lot of respect for Toastmasters. I was in a group once. (No, I’ve never been afraid of speaking. That group had a lot of hams, comics, and even a radio announcer.)

But Eileen already has a lot of speaking experience. Now she needed visibility and connections that are not easy to come by.

Toastmasters offered the easy path. Sign up, pay dues, and go to meetings. The worst that can happen? They’ll hate your speech that day.

Eileen’s answer haunted me because I saw it as coming from scarcity and fear, not abundance and strength.

There’s an old English saying, “Begin as you mean to go on.” The way you start can influence the way you end up.

True, you do have to start somewhere. But hopefully, you’ll take some time as you pick the starting place.

Eileen’s not the only one who decided to start with whatever’s available.

Aspiring entrepreneurs work with low-paying, demanding clients; their work won’t help their portfolio and they’ll waste time with clients who won’t give them testimonials.

Generally, it is better to go into action early rather than late. But random action, just to get moving, can take you on costly, time-consuming detours.

If you’re standing at a crossroads, it’s better to consult a map than to close your eyes, spin around, and point.

“You have to start somewhere” usually means, “Operate in scarcity mode.”

Will Toastmasters help Eileen achieve her goals? I have no idea. But she should do her research and review her goals before investing huge amounts of time here.