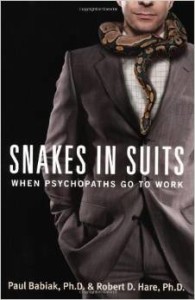 If you haven’t seen the movie Notes on a Scandal, and you like all your movies to be surprises, stop reading now! Otherwise…The movie Notes on a Scandal made me cringe. Cate Blanchett’s character (“Sheba”) made two career mistakes. First, she decided to become a teacher without realizing what was involved. We’ve all met idealistic career-changers and often they get burned (though not as badly as this).

But what was worse: Sheba was quick to confide in the first person who showed a friendly interest. When you arrive in a new place — career scene or geographic location — the first people you meet often will be the neediest. They have the most time to spare because often they have few other friends…for a good reason.

Sheba went way beyond the norms for new acquaintances. She told “Barbara” all the gory details of her life. As Barbara said, she felt like a Mother Superior hearing a novice’s confession.

If you’ve seen the previews you already know: Barbara was a dangerous woman with an agenda of her own.

Most of us don’t have lives as interesting as this Sheba character. And very few people we meet will be as evil as this Barbara.

But they’re bad enough. I just read the book Snakes in Suits.

And even if you confide in a benign, kindly person, your information can be misinterpreted and misused.

So I cringed as I watched the horrors of this movie unfold. Sheba was needy and vulnerable. She needed a real friend.