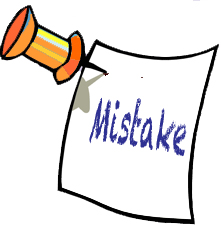 Recently someone posted an email exchange between a professor and student, including the original email exchange and comments. The story draws strong opinions from many people and warns of cultural minefields that exist everywhere. Read the full story  here.

To summarize, the student (who isn’t named) is choosing which of three courses to take for spring of 2010. He shows up for an NYU graduate course on Brand Strategy midway through the class, presumably because he had visited another class first.

The professor, who is named as Scott Galloway, refused to let him in. Professor Galloway had a strict policy, “No admittance after the first 15 minutes.”

Many readers applauded Galloway’s stand. They applauded even more when the student wrote an email to Galloway, explaining the situation. He hadn’t attended Galloway’s class before so how would he have known of the policy?

Comments frequently described the student’s email as “whiny.” Many referred simply to “tardiness,” which was not the case here. The student wasn’t late: he had made a decision to visit another class first.

What I’d recognize here is the organization’s failure to communicate the culture and the student’s  failure to learn the culture. Many universities have a “shopping period” when students can sample courses to decide what they’d like to take. After all, these university administrators reason, you’re paying a lot of tuition so you should decide wisely how to invest your time.

The student may have come from another university where this shopping practice was the norm. He may have simply assumed NYU had the same policy as his last university. However, new students rarely take Brand Strategy in their first term, so he probably experienced “shopping” in an earlier term with no repercussions.

The professor’s memo claimed that holding a good job means, among other things, “navigating the politics of an organization.” That’s true. However, the professor also wrote, “Do not show up an hour late until you know the professor has an explicit policy for tolerating disrespectful behavior…” This behavior wouldn’t be defined as disrespectful in many institutions and it probably never occurred to the student to find out.

The exchange went viral because the professor sent copies to everyone in the class, blocking out the student’s name. Frankly, I think the student would have been justified in complaining to the dean or department head. The prof’s response was over the top.

So … should the student have been more politically aware? Or should the professor have been more aware of the reality of course shopping periods? Regardless, the story illustrates the cultural minefield that awaits many people who enter a new organization especially at mid-life and mid-career

As a former college professor, I was horrified by Galloway’s actions. It is important to maintain a classroom environment where everyone can learn and feel comfortable, so a lot of interruptions can be disturbing. But these students are adults working full-time. With an undergraduate class, at a university where almost everybody lives within a block or two of the campus, these rules might be justified.

One professor who’s still teaching said, “A lot of my classes are night classes. Sometimes people fall asleep during class and they’re snoring away. Usually they’re just exhausted and they feel really bad when they realize what they’re doing.”

When you change jobs and careers, you encounter a culture with its own norms and guidelines. Values and norms tend to be deal-breakers when people choose careers or choose to leave careers.

. When I changed jobs in my former career, I often took for granted certain policies that had prevailed elsewhere. Fortunately the situations never became explosive, although they could have. For instance, in some organizations the support staff completes everyone’s expense account; in others, everyone does their own. If you’ve always done something one way, you’d never think of asking. It’s not a matter of common sense – just habit.

A Seattle police officer (a neighbor, off-duty) was telling some of us about a female officer who used to serve on a police force in California. One day, after she had joined the Seattle PD,  she ordered lunch from a drive-in, in uniform and in her squad car. She thanked the server and drove off without paying.

The restaurant called headquarters, where the officer’s sergeant explained, “That’s not how it works in Seattle.”

The officer made an honest mistake. And before you frown at the practice of cops getting free food, you need to know more about the cultural underpinnings of these activities. A police officer once explained to me, “Some restaurants and retail stores offer free mails to police because they want to have them come in their uniforms and eat at all hours of the day. It’s protection. Sometimes the establishments even get a reduction on their insurance.”

That officer did draw the line at a photo of a donut shop with a sign, “Police park here.” Too stereotypical, he said.

What’s your experience with culture shock and cultural minefields? Add to the comment form below.